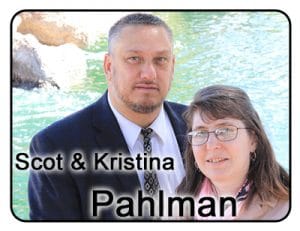 In January of 1992 God saved me out of a life of sin. I did not grow up in church, nor did a grow up with a pastor that was praying for me. So, when God saved me he was going to radically change my life. One of the things that was about to change was that the Bible was about to play a daily part in my new life in Christ.

As I read God’s Word, God started changing my life, my goals, and my plans. Two months after I was saved God called me to preach. Then in November of 1993 our church went through some drastic changes, and the following summer John Green came to be our pastor.

By the fall of 1995 I found myself in Michigan, going to Lansing Baptist Bible Institute under Dr. Don Green.

After I graduated in June of 1998 I returned to Seattle, Washington, where I was saved, to help Pastor John Green. After several years of working in almost every aspect of the ministry there I was sent out to pastor my first church in eastern Washington. From there I went to the state of Idaho to help other pastors and to pastor another church. Then in 2011 the Lord dealt with me about returning back to Michigan. Not knowing exactly what the Lord had next for me I stepped out by faith to see where the Lord would bring us.

Throughout all these years I was even more convinced than ever that the great need that people had was of getting the Word of God into their hands. After spending several months in prayer I became burdened about becoming part of the Bearing Precious Seed ministry. Then there was another couple months in prayer confirming the call of God to this ministry before I started traveling to churches to present the need of producing the Scriptures and getting them into the hands of those who needed them.

Our goal is to involve new churches in this printing ministry, and bring in the funds to purchase one ton of paper every month.

Feel free to contact me with any questions or to have me present the Bearing Precious Seed ministry in your church.